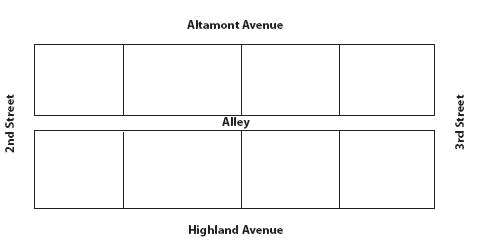 (1) To move out. (2) To release and give up, such as a city agreeing to vacate a public street and return it to private ownership. (3) To set aside, such as a judge vacating a previously entered order.

Example: At one time residents needed an alley behind their homes so the coal trucks could make deliveries for home heating fuel. Today, there is no longer any need for truck deliveries behind the homes; the residents petition the city for an order vacating the alley and giving the land to adjoining landowners.

Feedback
Flashcards & Bookmarks ?
Please log in or register to use Flashcards and Bookmarks. You can also log in with
Flashcards ?
My bookmarks ?
+ Add current page to bookmarks
Mentioned in ?
References in periodicals archive ?
Courts can direct that the opinions they vacate not be cited in subsequent cases.
2003) ("[J]urisdiction to vacate a final decision of the court of appeals arises under Minnesota Rule of Civil Appellate Procedure 102....
App.) ("Appellate review, of course, includes the power to vacate any order or judgment properly before the appellate court."), review denied, 537 N.W.2d 572 (Wis.
vacate the opinion of the court of appeals...."); Godbehere v.
(40.) Both the Arizona Supreme Court and the Arizona Court of Appeals also occasionally vacate their own opinions, either in whole or in part.
C.D., 245 P.3d 724, 730 (Utah 2010) ("If a ease becomes moot after an appeal has been filed, the decision of whether to vacate the lower court's order is a matter of discretion.').
1992) ("Although the court of appeals properly applied the Settlement-First Formula, we vacate its opinion."), superseded, 975 P.2d 114, 117 n.
This is unprecedented: examining the impact of vacated state appellate court opinions