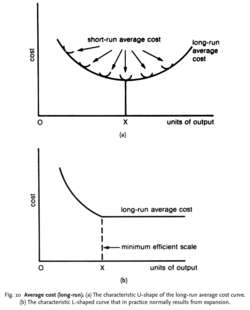 Feedback
Flashcards & Bookmarks ?
Please log in or register to use Flashcards and Bookmarks. You can also log in with
Flashcards ?
My bookmarks ?
+ Add current page to bookmarks
Mentioned in ?
References in periodicals archive ?
We closely examined how and the extent to which states and their neighbors changed their welfare benefit levels relative to the national average benefit level.
Strategic interaction among the states: an in-depth look at the welfare "race to the bottom"
This is projected to lead to a reduction in average benefits equivalent to 5 to 6 percentage points of GDP.
FISCAL IMPLICATIONS OF AGEING: PROJECTIONS OF AGE-RELATED SPENDING
Sixth, the average benefits safe harbor provides a standard that takes into account the relative level of benefits of one line compared to the level of benefits in other lines.
Qualifying as a separate line of business for nondiscrimination pension plan rules
The average benefit percentage means the average of the benefit percentages calculated separately with regard to each employee in the group.
Pension and profit sharing: qualification
For the transfer to be worthwhile we want the average benefit to exceed the average cost and therefore:
Using inter-branch stock transfers to meet demand during a stockout
According to the preamble, Congress was concerned about the economic disadvantage that employers could face if the average benefit percentage test were applied on an employer-wide basis in those situations where the level of benefits varied significantly among the employer's separate lines of business for competitive market reasons.
Comments on proposed QSLOB regulations under section 414(r)
The average benefit in 2016: $1,350 per month, or just over $16,000 annually.
Social Security Turns 81
Never mind that the amount of the average benefit is about $270 a week - an amount some lawmakers drop on a single night out on the town.
The desperate unemployed
The gains are tangibly spelt out in the report with the assertion that the average benefit per linked system is [pounds sterling]12,500 for district councils, rising to over [pounds sterling]22,000 for Unitaries and London Boroughs.
Aligned Assets Make Corporate Access to LLPGs Easy with iExchange
An effective way to communicate the value of enrollment meetings is to show statistics about a company's average benefit plan participation rates.
New ways to prospect for benefits clients in today's market
If each is entitled to the average benefit, their total annual Social Security benefit will be $20,856 ($12,648 for the husband and $8,208 for the wife).
Electing Social Security early: a variable annuity with guaranteed withdrawal benefits can make up for taking lower Social Security benefits at age 62
For members not covered under Social Security, the average benefit percentage grew from 2.32 percent to 2.35 percent during the two years.
Survey Indicates State and Local Retirement Plans in Great Shape