Businesses that provide loans to others.
Copyright © 2012, Campbell R. Harvey. All Rights Reserved.

A person or organization that makes a loan. That is, a lender gives money to a borrower with the expectation of repayment in a timely manner, almost always with interest.
Farlex Financial Dictionary. © 2012 Farlex, Inc. All Rights Reserved 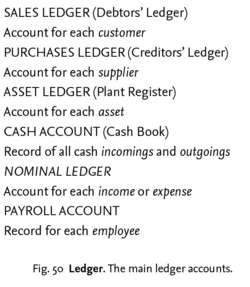 a person, company or institution that provides a BORROWER with MONEY or some other asset (for example machinery, property) in the form of a LOAN, MORTGAGE or LEASING arrangement in order to finance consumption and investment. See DEBT, FINANCIAL SYSTEM, COLLATERAL SECURITY.
Collins Dictionary of Business, 3rd ed. © 2002, 2005 C Pass, B Lowes, A Pendleton, L Chadwick, D O’Reilly and M Afferson

a person, firm or institution that makes a LOAN to a BORROWER to enable the borrower to finance CONSUMPTION or INVESTMENT. Lenders frequently require borrowers to offer some COLLATERAL SECURITY, for example, property deeds, which lenders may retain in the event of borrowers failing to repay the loan. See alsoCREDIT, FINANCIAL SYSTEM.
Collins Dictionary of Economics, 4th ed. © C. Pass, B. Lowes, L. Davies 2005

One who advances money to another in the expectation of receiving repayment of the money plus a fee for the use of the money, called interest.

Feedback
Flashcards & Bookmarks ?
Please log in or register to use Flashcards and Bookmarks. You can also log in with
Flashcards ?
My bookmarks ?
+ Add current page to bookmarks
Mentioned in ?
References in periodicals archive ?
One of the senior vice presidents of the company, while addressing a press conference, said, "Our company provides a unique service in the country that cannot be found anywhere else; we help borrowers find legitimate and licensed money lenders (pinjaman wang berlesen) in the country." While buttressing his point, he said, "Thousands of people have been victimized due to the activities of scammers who come in the guise of reputable money lenders and make offers that are too good to be true to unsuspecting individuals.
How the Largest Directory of Licensed Money Lenders (Pinjaman Wang Berlesen) In Malaysia can Save Borrowers Millions
"In the two cases we resolved the money lenders were ready to settle things amicably.
Group to help loan shark victims as expat suicide numbers surge
The State Bank of Pakistan has also sturdily criticized this behavior of money lenders by stating,
DETERMINANTS OF FAILURE IN INFORMAL AGRO-FINANCE-A STUDY OF RURAL AREA OF KHYBER PAKHTUNKHWA, PAKISTAN
If the enterprising segment of the poor can attain a modest level of income security notwithstanding the burden of usurious loans, just imagine the vastly improved income they can achieve if they are freed from the bondage of abusive money lenders. Making capital accessible to the masses at reasonable rates will reduce widespread poverty.
Prohibit '5-6' loans
According to Circular 432 on August 16, banks and financial institutions are prohibited from conducting off- and on-balance sheet financial and nonfinancial operations with individuals or companies that are not on the Central Bank's lists of authorized money dealers or money lenders and that are active in either business.
BDL bars dealings with unauthorized money lenders
Two months ago, an Indian small-time businessman in Ruwi couldn't fly to India to see his hospitalised mother as his passport was held back by an illegal money lender. He had given it as a guarantee for taking a loan of OMR2,000 from the lender.
Loan sharks in Oman make a killing as people drown in debt
The campaign against illegal money lenders in Kohat has been divided into two different phases.
Kohat police launches operation against illegal money lending
He returned almost all of money to the money lenders and started working in a bus project but his circumstances couldn't change even after that.
Case registered for poisoning childern
Summary: A range of new restrictions were placed on money lenders by the Lebanese Central Bank.
LEBANON: LENDING RESTRICTIONS
Jacqui Kennedy, head of the England Illegal Money Lending Team, added: "Illegal money lenders are a scourge on our communities, making life a misery for their victims.
Crackdown on town's loan sharks in full swing
At Kottayi in Palakkad, a woman and her twin sons are believed to have taken their lives after being threatened by money lenders. The deceased were identified as Madhavikutty Amma (80), and her 34-year-old sons Vinod and Pramod.
Five found dead in two Kerala homes
The county council and the Wales Illegal Money Lending Unit will hold an event in the Wellman's Club in Llangefni on September 16 to raise awareness of the problem of illegal money lenders.
Loan shark advice for islanders