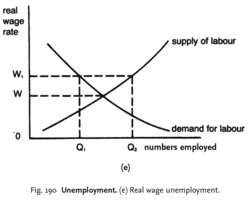 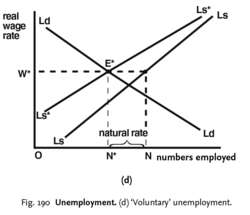 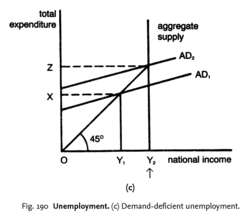 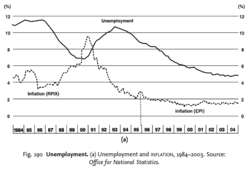 Feedback
Flashcards & Bookmarks ?
Please log in or register to use Flashcards and Bookmarks. You can also log in with
Flashcards ?
My bookmarks ?
+ Add current page to bookmarks
Mentioned in ?
References in periodicals archive ?
It is precisely because the lastConservative government pursued a policy of mass unemployment that Labour has had to do so much work repairing the damage caused to families.
Letter: Child poverty
I remember in the late 70s and early 80s we had mass unemployment caused not by a recession but by Tory leader Margaret Thatcher, who wanted to destroy the rights of workers and decided that the best way to go about it was to simply decimate industry in this country.
Letter: The BIG issue - Labour working on jobs
ON his memories of the last recession: "We have been through mass unemployment and I can remember when the last warship left Swan Hunter and sailed down the Tyne ...
Nick Brown; Minister for the North East North East Economic Forum
Ingrained dissatisfaction caused by long-term mass unemployment, together with increased availability of illegal drugs, are the ingredients fuelling violent crime.
Letter: Whose con?
DAVID Cameron has come to the rescue and revealed his party's plans to keep Britain working and avoid mass unemployment during this recession.
Letter: Can Cameron put pressure on Brown? VOICE OF THE NORTH
BRITAIN could soon be in the grip of mass unemployment, ministers warned last night.
Jobless will soar, warns dole chief; CREDIT CRUNCH CRISIS It gets worse.. GLOOM
Under the last Conservative administration, we suffered years of mass unemployment plus huge increases in crime,homelessness, suicides and social disorder.
Letter: Media bias
AT A rival Press conference an hour earlier, David Cameron unveiled Tory plans to avert the threat of mass unemployment during the recession.
350,000 jobs in Tory plan
I AGREE with your editorial that despite the gloomy economic forecast this is not a return to the 1980s with mass unemployment and 15 per cent interest rates.
Letter: The BIG issue - Banks to blame
Did the shock of her aggressive policies cause mass unemployment and unnecessary misery for millions of people?
Letter: Gradual change
In these days of doom and gloom it is worth remembering that means no return to mass unemployment, no boom and bust.
VOICE OF THE DAILY Mirror: Building trust
By then, the economic crisis should have passed without the return of mass unemployment or the 30 per cent house price crash some predicted.
MIRROR VERDICT BY BOB ROBERTS; CREDIT CRUNCH CRISIS