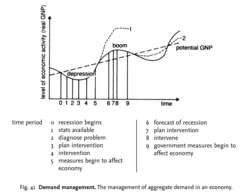 Fig. 41 Demand management. The management of aggregate demand in an economy.

The control of the level of AGGREGATE DEMAND in an economy, using FISCAL POLICY and MONETARY POLICY to moderate or eliminate fluctuations in the level of economic activity associated with the BUSINESS CYCLE. The general objective of demand management is to ‘fine-tune’ aggregate demand so that it is neither deficient relative to POTENTIAL GROSS NATIONAL PRODUCT (thereby avoiding a loss of output and UNEMPLOYMENT) nor overfull (thereby avoiding INFLATION).

An unregulated economy will tend to go through periods of depression and boom as indicated by the continuous line in Fig. 41. Governments generally try to smooth out such fluctuations by stimulating aggregate demand when the economy is depressed and reducing aggregate demand when the economy is over-heating. Ideally, the government would wish to manage aggregate demand so that it grows exactly in line with the underlying growth of potential GNP, the dashed line in Fig. 41, exactly offsetting the amplitude of troughs and peaks of the business cycle.

A number of stages are involved in applying a stabilization policy as shown in the figure. For example, at time period zero the onset of a recession/depression would be reflected in a downturn in economic activity, although delays in the collection of economic statistics means that it is often time period 1 before data becomes available about unemployment rates, etc. Once sufficient data is to hand, the authorities are able to diagnose the nature of the problem (time period 2) and to plan appropriate intervention, such as tax cuts or increases in government expenditure (time period 3). At time period 4, the agreed measures are then implemented, although it may take some time before these measures have an effect on CONSUMPTION, INVESTMENT, IMPORTS, etc. (see MULTIPLIER). If the timing of these activities is incorrect, then the authorities may find that they have stimulated the economy at a time when it was already beginning to recover from recession/depression, so that their actions have served to exacerbate the original fluctuation (dotted line 1 in Fig. 41). The authorities could also exacerbate the fluctuation (dotted line 1) if they get the magnitudes wrong by injecting too much purchasing power into the economy, creating conditions of excess demand.

Much government action is inaccurate in timing because of the institutional and behavioural complexities of the economy. Where the government has not been successful in adequately eradicating such peaks and troughs in the business cycle, it is frequently accused of having stop-go policies (see STOP-GO CYCLE), that is, of making injections into a recovering economy, which then ‘overheats’, and subsequently withdrawing too much at the wrong time, ‘braking’ too hard.