Used to describe place or operation in which unscrupulous salespeople call and try to sell people speculative, even fraudulent securities.

Informal; a place where workers make unsolicited telephone calls to completely unknown persons in an attempt to convince them to invest in a particular venture. Boiler rooms are controversial and some jurisdictions have put in place laws limiting their legitimate use. In any event, the term has a negative connotation; one often hears of boiler rooms in the context of shady and perhaps illegal investments.

An area in a sales operation in which are located personnel who are engaged in contacting prospective buyers, usually by telephone, and in using high-pressure tactics to sell securities. These operations are associated with high commissions and unethical practices.

A boiler room is a location used by con artists to contact potential victims out-of-the-blue -- an approach known as cold calling -- in an attempt to sell high-risk investments that may or may not be legitimate.

Boiler room scammers typically use high-pressure tactics to close an immediate sale and are unwilling to provide written information about either the investment they are pushing or themselves. 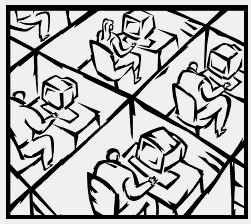 A lead-generating system usually characterized by large groups of people working in cubicles making cold calls to consumers in order to gauge interest in real estate investments,insurance products, refinance offers, or any number of other products.The leads are then sold to professionals for follow-up. Sometimes,the boiler room operation also engages in high-pressure sales techniques, which has lead many states to pass legislation allowing a cooling off period within which to reject and void any contracts entered into as a result of such tactics.

Feedback
Flashcards & Bookmarks ?
Please log in or register to use Flashcards and Bookmarks. You can also log in with
Flashcards ?
My bookmarks ?
+ Add current page to bookmarks
TheFreeDictionary presents:
Write what you mean clearly and correctly.
Financial browser ?
Full browser ?
CITE
Site: Follow: Share:
Open / Close