In the context of credit cards, the periodic rate times the number of periods in a year. For example, a 1.5% monthly rate has an APR of 18%. In the context of consumer lending, the APR takes into account more than the interest rate applied to the principal per period. Under the Truth in Lending Act, it has a specific definition and includes all the costs paid by a non-exempt consumer borrower that are considered a "finance charge," including fees paid to third parties by the lender if not properly disclosed and excluded from the finance charge (such as credit insurance).
Copyright © 2012, Campbell R. Harvey. All Rights Reserved.

The cost of funds or interest rate for an entire year expressed as a single percentage. Significantly, the APR does not account for compounding. For example, if the APR is 36%, the percentage is 3% per month, but the interest rate or cost of funds for the entire year may be greater than 36% due to the effects of compounding. By law, a credit card company or other lender must inform the customer of the APR before any agreement is signed. The APR provides the customer with a convenient number against which to compare the cost of funds for other loans or investments. It is less commonly called the annual rate of return or the nominal annual rate.
Farlex Financial Dictionary. © 2012 Farlex, Inc. All Rights Reserved 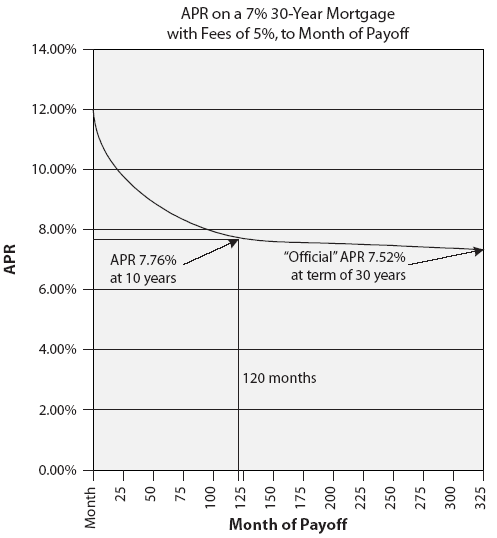